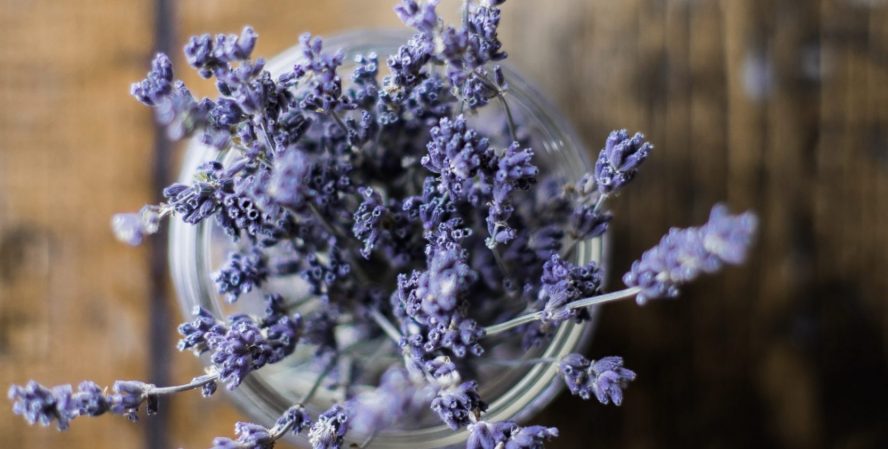 You may know lavender as the lighter shade of purple, as a scent, or an essential oil. Aside from these, did you know that the lavender plant is also an edible and versatile herb for cooking? Yes, it is, and we’ll explore more of that in this article.

Lavender, also known as the “herb of love,” is a flowering plant in the mint family and is identified by its sweet and floral scent. Its name comes from the Latin verb “to wash” as it was commonly used in baths to help purify the body and spirit.

The lavender plant has tiny purple flowers and green or pale grey leaves. Both its flowers and leaves are edible and have a pleasant yet slightly bitter flavor. It is native to northern Africa and regions of the Mediterranean, however now it’s also commonly grown in Europe, Australia, and the United States.

Lavender is being used in alternative medicine for some of the health conditions mentioned below. However, it is not certain whether lavender is truly effective as treatment. It is highly recommended to consult with your healthcare professional if you have any health conditions.

May Help Alleviate Anxiety and Stress

Some research suggests that lavender has positive effects on anxiety and stress whether steeped in tea, extracted for essential oils, or used in personal care products.

Lavender, in the form of oil, could be effective in combating antifungal-resistant infections according to a study published in the Journal of Medical Microbiology. The oil could also act as a remedy for treating athlete’s foot and ringworm, which are also caused by a fungus, according to research.

A randomized trial that applied an evidence-based method to alternative therapy showed results that aromatherapy is a safe and effective treatment for alopecia areata, a condition in which hair is lost from some or all areas of the body. Applying lavender oil in combination with oils from thyme, rosemary, and cedarwood may improve hair growth by as much as 44% after seven months of treatment.

There are other claims on lavender oil for treating the following conditions, but there is insufficient evidence for it:

Some Forms of Lavender and Its Uses

Here are some simple forms of lavender which you can create on your own:

Lavender Oil. This is created by steeping dried lavender flowers in a carrier oil of choice for a minimum of one week up to several weeks. Popular carrier oil options include extra virgin olive oil, coconut oil, avocado oil, and sunflower seed oil. This can be used as a healing face moisturizer or as in other direct topical applications like conditioning your hair and scalp, as a natural cleaning product and many other uses.

It’s simple to make homemade lavender oil. Only two ingredients are needed which are dried lavender flowers and a carrier oil of choice, plus a glass jar for infusing and a fine-mesh strainer or cheesecloth. Learn this simple recipe from Homestead and Chill here and more ways on how to use it at home.

Lavender Tea. A soothing cup of lavender tea is just as relaxing as inhaling the lavender scent. It’s a sleep-inducing and stress-relieving drink.

A simple lavender tea recipe only includes ½ tablespoon of dried lavender buds and a cup of hot water. Let it sit for 3 to 10 minutes. Serve it with a little lemon juice and a dollop of maple syrup and enjoy.

Culinary Lavender. Edible lavender flowers can be used as ingredients in dishes, pastries, and even ice cream. A tip on cooking with culinary lavender is to experiment and start out with a small number of flowers and add more as you go.

Here are some recipes to try;

The FDA has not approved lavender for medicinal use. It is sold as a supplement only and should not replace the prescribed course of treatment.

Other prescription or over the counter drugs, vitamins, or herbal products may interact with lavender. Do not take lavender without seeking medical advice, especially if you are using drugs that induce sleepiness or reduce your blood pressure.

A study published in the New England Journal of Medicine (NEJM) revealed that repeated use of lavender oil on the skin might trigger prepubertal gynecomastia, which is a condition that causes enlarged breast tissue in boys before puberty.

Consult a licensed healthcare professional before using any herbs, supplements, or essential oils especially if you are pregnant or breastfeeding.

Lavender, more than being an ornamental plant, has so many benefits as a complementary aid to health conditions. Its different forms have uses that can be incorporated into daily living such as in oils, tea, and cooking. It is a natural, healthy, plant-based, and sustainable product.

Use lavender with precaution and consultation with a licensed healthcare professional, especially if you have any health conditions.

Roni is a Registered Nutritionist-Dietitian. She completed her certification in Plant-Based Nutrition from eCornell University and T.Colin Campbell Center for Nutrition Studies. Her interest in plant-based nutrition, holistic wellness and sustainable living only intensified in recent years, but she has long been passionate about helping individuals make positive and sustainable changes to their health, to be able to live and enjoy a better quality of life while being mindful of the environment and all beings. She founded Plants & Purpose where she offers her services and shares things about plant-based nutrition.

Oats: Health Benefits, Nutrition Facts, Types of Oats and Recipes You Could Try